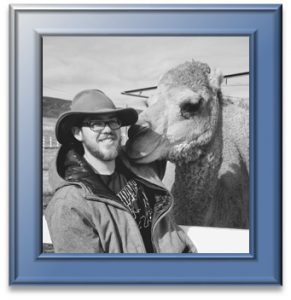 Ryan Parks started as a volunteer at Animal Adoption Center in 2014, and went on to become their Coordinator of Volunteer and Outreach in 2015. He became connected to Animal Aid USA through the Animal Adoption Center and went on his first trip in November 2015. He has been on 24 caravans since then (almost every trip). Ryan works in animal rescue full time, both as a volunteer at Animal Adoption Center and as kennel manager at Pets Plus Natural Adoption Center. Ryan is very active with social media outreach, spreading the word about dogs and cats in need, using his Instagram @roadtorescue to draw attention to them, and taking photos for shelter websites to give pets a better chance of being adopted. Ryan lives and breathes rescue, helping wherever is needed and learning as much as he can about shelter operations.